By Andy Forrester on December 3, 2012 in Analysis, Interviews, SA Football

Wade Benn is the Senior Match Analyst at the Aspire Sports Academy in Qatar. He has worked in the Performance Analysis industry extensively in South Africa and travelled with the South African women’s national team (Banyana Banyana) to the London Olympics. Wade kindly took some time off to chat to F-A about the growth of the Football Performance Analysis industry and all things football.

FA: Explain in layman’s terms your job to those new to the sports analysis industry?

WB: A football analyst works with the coaching staff to identify the strengths and weaknesses of opposition teams, our own team, and individual players. We also work with the decision makers regarding transfers, by scouting or analysing a potential purchase. We provide and interpret statistics, as well as edit video footage, to provide the coach, players, chairman or agent with relevant tactical, technical and physical information.

FA: Talk us through some of your experiences of the job and which teams you have worked with. 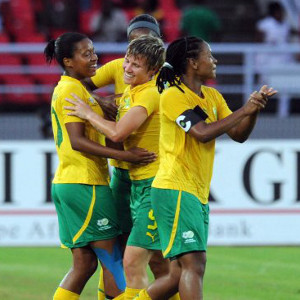 WB: In South Africa I have worked with some agents, some PSL teams such as Ajax Cape Town, Moroka Swallows, Amazulu and Golden Arrows, and also the women’s national team Banyana Banyana. With them I had the experience of going to the Olympics. In Germany I worked with MasterCoach International, who provide support to some professional clubs as well as good work with the FIFA TSG (Technical Study Group). At the moment I am working as an analyst at the Aspire Academy for Sports Excellence in Qatar, as well as assisting with the Qatar national team.

FA: Explain how teams use your analysis?

WB: While the basic job description doesn’t change much from job to job, the level of involvement and use of different software present the challenges. At the most basic level it can involve a camera and basic video editing to show some clips, and perhaps counting the most important stats, eg. shots, shots on target, shot zone, shots per player, shots per cross. At the most advanced level, data will be used to identify trends from a good sample size of deep level statistics, eg. the number of passes in a team’s build up which has led to a goal, the percentage of those passes which were short, the percentage which were in a certain direction, and the average number of touches each player took. Only 3 goals of this type would not lead to reliable answers, but if we have the team’s last 300, we may be able to ascertain definite patterns which can lead to the team scoring or preventing more goals, and thus hopefully gaining more points. 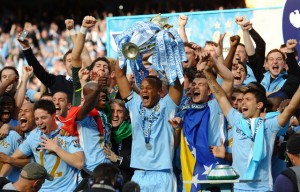 FA: What did you think of Manchester City’s release of data?

WB: I think Manchester City’s release of data was smart. They caused a buzz by doing it, raising their profile even further and keeping themselves in the news. It highlighted the size and scope of their impressive analysis department which helps to show that they are not purely a money-driven machine, but are developing the whole club. On a more practical level, they will know that data in itself, and in the format they released it, will not be of much use to most people. However, because of the opportunity for someone who is studying analysis or sports science to use it and present it to them, they may get some interesting, advantageous and thought-provoking conclusions which their analysis department might miss or not have the time to research.

FA: From my own experiences, personal opinion can sometimes clash with objective analysis. What are your thoughts on this?

WB: There is no doubt that used correctly, performance analysis helps individuals and teams greatly. The benefits are numerous and can be the difference, moment by moment, game by game and season by season between making the right or wrong decision, winning or losing a game and being a champion or also-ran. If used incorrectly or wrongly interpreted, poor conclusions are drawn and poor decisions can be made. A famous example influenced football worldwide and continues today – that of the findings of Charles Reep. (See the statistical basis section, and comments by Jonathan Wilson).

FA: From an African perspective, what do you think clubs need to do to catch up to the level of Europe?

WB: At the moment top-level analysis depends on timeous access to data, good software and hardware, and educated people. African football typically struggles with access to finance, organized institutions and educated people. Analysis is possible with the right people, but these people can easily be sabotaged by ill-informed people, technology which isn’t dependable or high-enough quality and poor organization. However, I think the money is there. Think of the cost of one of the club owner’s cars, or the amount spent on travel, wages and medical care for a couple of reserve players who will contribute very little over the course of the season. As for people, they can find young, passionate coaches who have some computer skills, and have them trained to use whatever software is purchased.

FA: What, in your view, is behind the reasoning of modern clubs’ drive to develop their performance/match analysis teams?

WB: Many clubs worldwide still just have one or two people in their analysis department. Someone like Manchester City has 10, looking after all facets of training and matches, from the youth through to the first team, and scouting. They have the resources to access and analyze the richest collection and selection of statistics and thereby hope to make the most informed decisions tactically, technically, physically and regarding scouting. Over time it is almost sure that this will improve the club and first team significantly. If other teams want to compete, they have to have to seek to gain the edge too, and analysis can be a large part of that – especially as so few have the financial resources to buy the players which Manchester City can.

FA: Lastly, name your 3 favourite players of all time, and why? 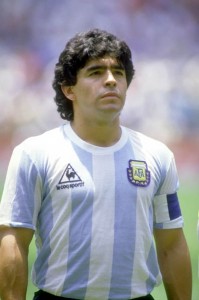 WB: Maradona – the greatest player ever. Did it all, at youth and senior, club and international level, big teams and small. Arguably the most talented player ever, he combined it with hunger, charisma and leadership, and a touch of madness which made him so beguiling. His autobiography I have read so many times, I never get bored of it.

Cantona – my number one hero growing up. Changed a club, changed a league, changed football. So charismatic, cool and intelligent – and also seen as a bit mad. Genius footballer who found a way of influencing games and teams with his vision, touch and personality.

Guardiola – a revelation the first few times I saw him play. Thought so far ahead, so controlled, classy and intelligent, just like Busquets or Xavi today. A lot has been written about him by journalists like Wilson or Cox, his way was almost extinct as a player, and now he is the reference point as a coach of intelligent, attacking, passing football, and was the biggest hero and influence for the best practitioners of that style today such as Xavi and Fabregas. He was a favourite, but perhaps not any more than Rivaldo, Stoichkov, Romario, Riquelme. His genius and conduct as a coach, and having done everything for my club, cements him as top 3 ever for me.

Andy Forrester is a professional football match and opposition analyst based in Qatar. All views are his own.
View all posts by Andy Forrester →